The Evil of Banality 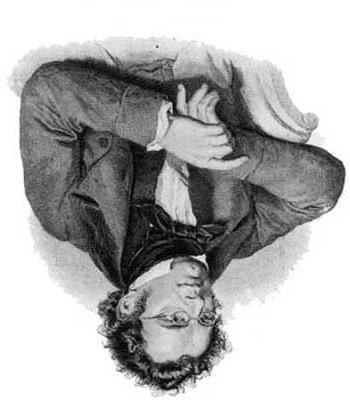 Once while on tour in a German speaking country (well, OK, Germany) we were all invited to a swanky reception, the sort of thing that looked too good to pass up in spite of some nagging doubts on my part. After a circuit of the buffet table, an ordeal in and of itself – I've stopped going to orchestra functions, so I'm not sure if anyone has picked up the torch, but some of those old timers could turn it up a notch or two in the presence of free food – having paid for every moment of hesitation with a friendly blow to the ribs from a member of the violin section, I managed escape with a full plate, grab a drink and secure a seat at an out of the way table. Finally having the chance to examine the bounty I came away with, I discovered everything before me was either creamy, creamed, or cream-colored pablum.
On paper, I'm sure this week's program looked quite interesting and varied, but at least from my seat (and admittedly, not playing the Appalachian Spring) the whole thing came off a bit fiber-less. In spite of the intriguing possibilities offered by the pared-down orchestra, Spano seemed intent on making as few waves as possible with his Schubert Unfinished. Golijov's She Was Here, an arrangement of Schubert songs, came across as some sort of turgid Straussian/John Adams mash-up. True, some of Schubert's harmonies seem to foreshadow late romanticism, and yes, if you turn a half-note into a pulsating series of sixteenths, it sounds like minimalism, but I found myself longing for the simplicity of the originals. The way Schubert did so much with so little makes the long-dead, bespectacled Austrian come off as more the modernist in my ears anyway. As always at these concerts, the wine glass playing was beyond reproach. I wonder what Schubert would have thought about that.
Copland's Eight Poems of Emily Dickinson has some classic Coplandesque moments, but otherwise struck me as not his strongest work. It didn't help that I couldn't hear the voice much of the time. Spano seemed almost shy about shushing the orchestra, but I imagine he wants to live to conduct here another day. After the title page, the headers in the bass part to the Copland songs bear the unfortunate abbreviation: Poems of E.D. By then, my mind wandering far from the business at hand, I found myself imagining Bob Dole coming out to do the Lincoln Portrait, getting to the line that often gets a snicker anyway (“when standing erect...”) saying 'ah geez!' and trudging off the stage.
Posted by Michael Hovnanian