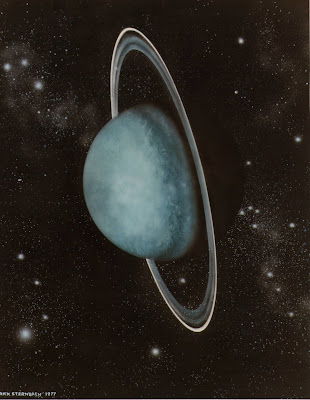 Although it makes for some long days, the MOB performance of the St. Mathew Passion is a good opportunity for me to wipe out the memory of my other Easter season gig.
Posted by Michael Hovnanian 8 comments: 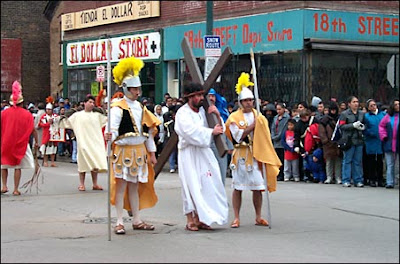 My apologies to the good citizens of the city in which I live.
Posted by Michael Hovnanian 3 comments:

So foul and fair a day I have not seen

In fact, I’m so disappointed at having to show up on a Saturday that is all I’m inclined to write about. I could mention Dutoit’s hard to follow antics or Kissin’s piano playing, but I won’t.
Posted by Michael Hovnanian 9 comments:

It was not by design I ended up with the halfway point of the year off. That is week 26 out of 52 (although unlike the rest of the world, our orchestra had 53 weeks last year). The ‘downtown’ season is more like two thirds gone. I think originally the plan was to be somewhere sunny, but it didn’t work out that way.

The orchestra played Ein Heldenleben, which, as a bass player I think I am supposed to like because it appears on every double bass audition. Not to worry. As an astute reader and subscriber pointed out, the piece is programmed again next season – December of this year, I think. I wonder if Strauss wrote any other tone poems?

The week was well spent, preparing the Discordia Music tax returns. March 15, the date corporate returns are due, comes cruelly soon for someone with my dysfunctional level of organization.
Posted by Michael Hovnanian 8 comments:

out with the new!

A principal whining about his section in front of the entire orchestra (not the bass section – we’re mostly beyond reproach), players breaking out in song, one of the more bizarre and pointless arguments over the length of a single note, equations of musicology to gynecology – all in all an entertaining week in the orchestra.

If composers of atonal music are public enemy no.1 around here, period instrument specialists have to come in a close second, so it came as no surprise when rehearsals with John Eliot Gardiner veered towards the bizarre. Sir John seemed to arrive as prepared to battle the orchestra as conduct it. As usual, the clash between a crotchety conductor and a stodgy orchestra took on all the charm of a couple of gummy old vets arguing over who has the more ill fitting dentures. If Gardiner was treated less than cordially, he dished out in equal measure to what he received.

It might be advisable to keep the early music specialists on split weeks when only half of the orchestra plays. That way those who don’t want to deal with something ideologically repulsive to them can usually opt out. The more intimate connection to the conductor with the smaller group tends to attenuate the latent hostility of the mob.

Sadly lost in the fracas was the fact Gardiner had some good ideas. At least I thought it might do the orchestra good to experience an alternative to the calcified notions of musicality currently in force. For years, the mantra around here has been that sostenuto is the only way to play expressively. Gardiner had some interesting alternatives, particularly with regards to the Schumann, which were mostly lost due to the acrimonious atmosphere of their presentation. The result was, at best, a jumble.

Robet Levin had some different takes on the Beethoven. His improvised cadenzas seemed more of a bangy parlor trick than musical performance, but they were absolutely in tune with his onstage demeanor. I all but promised to quote the joke going round the musicians’ lounge comparing the improvised cadenzas to a dog (or was it a pig?) walking on its hind legs – nobody cares about the quality of the thing, what matters is that the beast can do it at all.

Topping it all off, due to some unfortunate circumstances I found myself in the principal chair this week. Normally that is, if not something to look forward to, an opportunity to devote a little more than the normal cursory interest in what is going on. Due to things beyond my control, and largely alien to my comprehension, the experience was less than satisfactory this time around – more like repeated visits to a proctologist with hook for a hand, in fact. I can only turn to my faith in Karma at this point.
Posted by Michael Hovnanian 5 comments:

Sorry, I’m one week behind in posting.

The week began with our triumphal New York tour. It seems a bit silly to call such a short trip a tour, but it’s not a run out, and probably not a residency either. If you can believe it, we get commemorative T-shirts and stickers even for a trip of this length and they refer to this trip as a tour, so tour it is.

The New York audience received Boulez quite enthusiastically before the orchestra played a note, and although suffering from a nasty cold, the Maestro managed his usual self-control on the podium. In contrast to our hometown auditorium, Carnegie’s resonant acoustic always yields up a few (not always pleasant) surprises. At the Monday rehearsal, Boulez was able to give the Bartok and Debussy a little more of the attention they needed. The orchestra seemed more or less on its toes and both performances went well.

The Film Night program had us playing the score to a silent Buster Keaton film. The music, all of which sounded vaguely familiar, was I believe culled from various light classical composers. Playing for a silent film requires a good bit of concentration – the roadmaps are tricky, and it is one of the rare occasions where watching the conductor is almost absolutely necessary; a good test of how well ones synapses are firing. My only regret is that even when we are playing Dixie or Swannee River, we tend to sound like we’re playing Meistersinger. At least we do a pretty darn good Meistersinger.

The Ars Viva program is a pretty interesting collection of material. Although widely lauded as a masterpiece, other than the beautiful slow movement, I find the Bizet Symphony a bit predictable; but not bad for a 17 year old. I don’t even want to think of what I was doing at that age, if I could recall it.
Posted by Michael Hovnanian 1 comment: