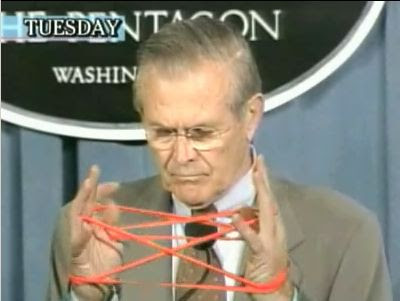 A fine week to begin blogging again. A lot of interesting things have gone on. The most interesting unfortunately, if I value my metaphorical kneecaps, figuratively speaking, I better not mention.
The Ellington/Turnage&Scofield show brought a stellar group of musicians to the front of our stage. These 'fusion', 'crossover', (or whatever you want to call them) type of concerts often leave me less than satisfied, sometimes embarrassed. The featured group usually knows the piece well and has performed it several, if not many times, while we (the orchestra) are sight reading (OK, I confess). They are comfortable with the idiom – we are decidedly not. The tag-team nature of a lot of these things often highlights how painfully square we are in contrast to our guests.
I'm not sure how they do it – the technical means must have come about in the last few years,since that is when these type of concerts began to appear on our schedule – but the movie night concert where we play along live with the vocal tracks from old movies is becoming more common. I'm not sure what the point is, since the spontaneity of live performance is here reduced to a series of minor emergencies when the conductor can't keep in sync with the film. Something like arriving at the honeymoon suite only to don a straight jacket. I confess to deriving much of my enjoyment of these concerts observing the amount of discomfort on the podium – the usually dictatorial conductor reduced to marionette dancing and jumping at the pull of invisible strings.
Posted by Michael Hovnanian No comments: