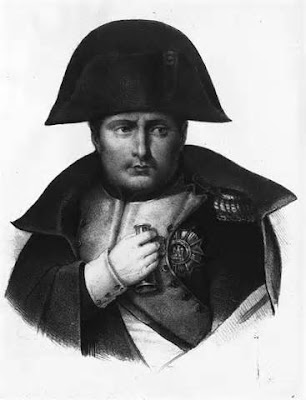 Last week, either by design, or like so many things in this profession, by accident, the {redacted}SO at Ravinia explored the quintessence of our summer music festival experience. During the span of three concerts we performed a Zemlinsky Tone Poem, a pair of war-horse concertos (which both turned into white knuckle affairs), a Gala concert, that most American of summer staples – an all Tchaikovsky Spectacular, and, where we finally reached a kind of Waterloo, (insert Sad Trombone sound here) a film night performance of the movie Gladiator. About the only things missing were a major overtime boondoggle in favor of musicians and the devastating thunderstorm, which arrived Sunday evening about an hour too late to do anybody any good.

Alexander Zemlinsky, one of the composers championed by our departing warm-weather music director, makes the perfect mascot to represent the recent travails of the {redacted}SO in our summer home. Alma Schindler's rejection of a homely musical underdog in favor of the more handsome and successful Gustav Mahler emblamizes the way classical music itself has been jilted by our summer overlords in favor of the more appealing (and lucrative) Broadway and Pop acts which are now the current paramours of the festival brain trust. In the movies, the underdog makes an improbable, if predictable, comeback, while in real life, the weaker forces consult focus groups and audience surveys as they continue to back-pedal, before finally declaring victory.

Of course, the apex, zenith, and nadir of any musical season is the gala concert, which in summertime includes the added spectacle of seeing several hundred very uncomfortable looking gentlemen strutting about in ninety-degree heat wearing tuxedos. At least members of the smarter can sex resort to sleeveless or even strapless attire. A concert is really something when the most delicate playing from the orchestra takes place during the Star Spangled Banner, but such was the case in our Gala Tchaikovsky Spectacular. Maxim Vengerov, who survived the violin concerto by sheer force of will and a seasoned veteran's ability to keep his head down (and a straight face) during the tutti sections, got the evening off to a roaring start, earning bravos for, if nothing else, surviving salvo after salvo of in-artful accompaniment. Advancing deeper into Russian territory, the orchestral campaign stretched its supply-lines to common sense almost to the breaking point and became bogged down during an overlong suite from Swan Lake that evoked images more pachydermical than avian – if there is anything less than fortissimo in that ballet, I'd love to play it someday, but alas. In the end, the Grand Orchestral Army marched on to its dénouement in that ode to the Musical-Industrial Complex, The 1812 Overture. I guess it says something about a musical evening when the inevitable, longed for conclusion, is the warm caress of the cannonball.

Just as the Grand Army of the French Republic found no rest after its Pyrrhic conquest of Moscow, the mighty {redacted}SO, heads bowed but spirits not yet completely broken by the aforementioned Gala concert, had to return the very next evening for the Film Night performance of Gladiator.

Hans Zimmer may very well be a great film composer. Gladiator may very well be a great, or even competent film score. At this point in my career (or perhaps just this summer) I think shell shock can be attributed as significant cause to disqualify me as any kind of of judge. I will say, however, there is a certain level of Dante's Hell in which arguably one of the greatest orchestras in our time zone sits idly by in ninety-plus-degree heat during rehearsal while a conductor, in the monstrously erroneous belief he is earning kudos for doing so, scratches his head and mulls over whether the percussion section should be shaking a necklace made of Puka rather than Cowry shells, or if the ratchet in use has thirty-six rather than thirty-eight teeth, or if the baton used to strike the Taiko drum is of Hinoki or Taro wood.

It seems as if these film night concerts are here to stay, which isn't an entirely bad thing. Although Gladiator wasn't a sellout by any stretch of the imagination, these type of concerts seem to be popular even if the musical appeal of the selections is sometimes pretty questionable. Making these the backbone of a symphonic season might be questionable strategy as well. Using a pickup orchestra, or what we call 'members of' (optional extra employment) would ensure a happier orchestra – think of how much better a galley plies the waves with free men at the oars rather than slaves – and it would also free management from some of those pesky union rules about weekly service counts and whatnot. Even Napoleon knew some things are best handled by mercenaries.


P.S. As originally published, this post contained some language that was regrettably sexist and vulgar.  My apologies.
Posted by Michael Hovnanian 5 comments: