Ok, so the fellow who tried to sell me a stereo must be working for Gramophone Magazine…

Ludovic Morlot kind of sounds like the name for a Harry Potter-esque villain. In truth he’s a capable stick man and couldn’t be a nicer fellow, maybe too nice. Sadly, there’s a certain nastiness quotient necessary for a conductor to achieve real greatness. But the entire program had a kind of lightweight summer season feel to it anyway.

We used to have a guy here (music director, I think – name escapes me) who frequently programmed the Glinka Overture to Ruslan and Ludmila as an encore and took it really, really, really fast – maybe even too fast, but who am I to say. He also had the habit of hiding the baton when taking the final curtain call so he could leap onto the podium and astonish the crowd by starting the encore unexpectedly. One day while on tour I had a concert off and decided to attend – well OK, I felt forced to attend, a story in itself having something to do with a purloined ticket, somebody’s ‘girlfriend’, our former manager, and me ending up in a position where I felt I had to attend the concert or risk reprobation. Nevertheless, during the applause I noticed a colleague on stage had closed the music folder, loosened his bow and stuck it under the strings (something we bass players do when it’s time to go) obviously thinking he was all done for the evening. “Uh oh!” I thought as I saw the music director fellow emerging from the wings, the baton cleverly concealed along his sleeve while my colleague had his head turned, putting the cover on his rosin or something. Leaping onto the podium the Maestro gave a quick fire downbeat that appeared to take about a third of the orchestra by surprise, especially my colleague who spent almost the entire first page (of a thee page piece) scrambling to get the music out of the folder and the bow out from under the strings. Obsessed as I am with rapid egress, I definitely felt there but by the grace of (whoever) go I.
Posted by Michael Hovnanian No comments: 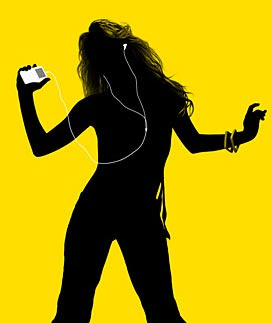 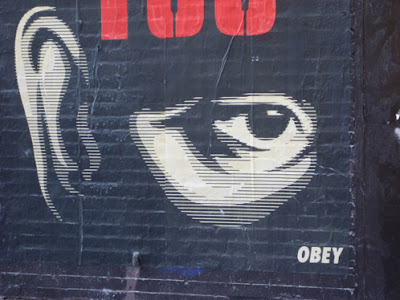 High Fidelity audio is another thing to get nostalgic about, what with the now ubiquitous I pods and compressed audio winning the day.

When I first joined the orchestra the thing to do (or so I became convinced) was to shop for an expensive audio system. Reasonably, it seemed an essential accessory for the serious professional musician, not to mention a sizeable tax-deduction. I consented to accompanying a colleague to one of those stuffy audio places – where they take you into a soundproofed room, offer something to drink, sit you down in a comfy leather chair and proceed to push thousands of dollars worth of audio equipment.

I confess to being something of a skeptic when it comes to high-end audio gear – maybe you could call me decidedly lo-fi – probably how I’ve managed to tolerate playing the double bass all these years. Anyway, the preoccupation with minute details of the performance of various audio components always struck me as somehow antithetical to the spirit of music making, a worship of the simulacrum in place of the original. Not that I celebrate the Ipod-ization of the world either. The audiophile sitting alone in his soundproofed room, curtains drawn against the day, glass of scotch in hand, listening to a long dead conductor’s account of an even longer dead composer is as alarming as the urban hipsters on the subway who stumble over one another, each wrapped in a private world of sound, oblivious to the life passing before their glazed eyes. Each signals the act of listening to music in a group as a shared cultural experience might be in some trouble. But whatever, that merely goes to show I approached the process of buying a stereo with a bit of cynicism.

The salesman had an agenda. I don’t remember the models, but he was pushing a certain brand of amplifier, mostly by denigrating the less costly ones. During his presentation I continued protesting I couldn’t really hear the difference so I might as well go with the less expensive item.

After going back and forth a few times he invited me to make a choice. In part to rankle him, I pointed to one of the cheaper models.

“That is actually very well selling,” he said with calculated derision. “It suits the popular taste.” And then to the barely contained mirth of my colleague and me, he began digging his own grave, so to speak. “It’s like the XSO.” (Using the name of the orchestra I play for) “Oh, they may have a lot of Grammys,” he dismissively waved a hand, “but their sound is crass, unsophisticated, like this.” He pointed to the amplifier I had chosen while my colleague and I bit our tongues. “This is something a man off the street might mistake for quality, just like the XSO. But this,” indicating the more expensive model “is like the Concertgebouw, much more sophisticated. People who don’t know anything might not be able appreciate the polish, the tradition…”

I’m not sure of everything he said, but the salesman proceeded to lay it on thick, bashing the XSO, uplifting the Concertgebouw in comparing the two the amplifiers while we remained silent. My colleague later confessed to growing angry somewhere along the way, but I wanted to see how deep a hole the guy would dig, and also because I wasn’t sure I could have opened my mouth without laughing.

Perhaps mistaking our silence for tacit approval, he moved in for the kill, asking me if, knowing all that, I sill wished to throw my lot in with the crass, the unsophisticated, the man-on-the-street, with the XSO!

I think I blurted out something along the lines that none of the items on offer recreated the sound of the concert hall anyway, which only brought on a tirade. Eventually, he ended up with a finger in my face. “You,” he said “you don’t sit and listen to a live orchestra every day of your life, do you!”

I’m not even sure how we broke the news we both played for the XSO. By then I felt a little guilty having let the charade drag on so long. But my guilt proved entirely misplaced as a really astonishing thing happened. Only a brief shadow crossed his face, a wisp of cloud passed before the sun. Like the inner party member in Orwell’s 1984 handed a slip of paper in mid speech informing him we are now at war with East Asia, not Eurasia (I may have that reversed), the salesman turned on dime.

“Well,” he said, “the XSO is a wonderful ensemble, I’m sure you have many fine players there, it’s just so horribly mismanaged!”
Posted by Michael Hovnanian 1 comment: