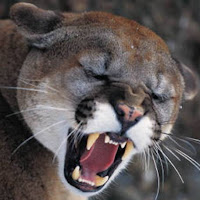 The other day, it struck me as odd that after a trip to Russia (of all places) I'm not supposed to mention what I did upon my return to the good old USA. What a universe we live in... Anyhow, it is probably high time to finish writing about the tour,now that is has been over for more than a week.

The St Petersburg passport officers could learn a thing or two from their counterpart in Rome who didn't stop talking on his phone long enough to open my passport before welcoming me to the country with an impatient flick of the wrist.

As the name suggests, the Teatro dell'Opera in Rome is an opera house. The hall, a typical opera house design, semicircular with box seats stacked to the ceiling, had dry, if not unpleasant acoustics. Perhaps the miles of crushed velvet and brocade had something to do with it. Quite a change from the the two wonderful, if relatively unadorned shoe-box halls in Russia. The president of Italy (Giorgio Napolitano!) himself attended the concert, sitting in a box so gloriously festooned and ornate as to make the royal box at Festival Hall in London look like a Photomat. I was hoping to catch a glimpse of Berlusconi, but I understand he is on the outs just now. Combined with my not seeing Putin in Russia, I was 0 for 2 in my search for these famous, controversial strongmen.

On leaving Russia, the orchestra jettisoned Space Odyssey and the Franck Symphony in D minor from the tour repertoire. The concerts in Italy consisted of Death and Transfiguration, Il Gattopardo, Shostakovitch Symphony no. 5, and La forza del destino. Together, those make for a pretty long concert by themselves. The inclusion of speeches and other pageantry insured a hefty overtime payment would be forthcoming at the end of the trip.

Quite a buildup preceded our visit to Naples, hometown of the Maestro. The hall, the pizza, the mozzarella cheese (mentioned several times) were all supposed to be first rate. With expectations raised so high the urge to approach the place with even more than the normal degree of skepticism was impossible to resist. However, Naples turned out to be a wonderful city, irresistible really, on a sunny day off, with picturesque Vesuvius, Pompeii, and the Mediterranean Sea all close at hand.

The Teatro Grande (another Opera Palazzo) by far surpassed the Roman Opera House with its grandiose, almost stupefying magnificence. All of the extra tonnage of velvet draperies and upholstery insured an even drier acoustic than Rome.

Reaction to our performance seemed a bit on the arid side as well. In Rome, the Strauss received a polite ovation compared with Il gattopardo, which delighted the crowd. Shostakovitch 5 and Forza are hard to miss with, and the ovations were appropriately enthusiastic. But the Neapolitan audience reaction was reserved, certainly not the boisterous ovation for the local hero one might have expected. To top it off, the Maestro's end-of-concert remarks were repeatedly interrupted by a female heckler. While I have no idea what she was saying, from her tone of voice I immediately formed the mental image of a lady of a certain age who had to hurry home from the concert to put food out for her 35 cats.
Posted by Michael Hovnanian No comments: