Sunday
3 concert (Beyond the Score)

The Vivaldi/Rameau program is repeated on Tuesday the 27th so, yes, we play the Four Seasons five times in a one-week span. It really feels more like seven since by the end of a Beyond the Score concert I feel as if I’ve run through the piece three times in a row.

Any so-called baroque music specialist taking the podium at our concert hall is working behind enemy lines. The best ones drop in, stir up as little hostility as possible while accomplishing a limited mission and try to get the heck out unscathed. To that end, Bicket did an admirable job of coaxing an old dog to do a few new tricks. He came across as a fine musician with a lot of interesting ideas about the music, particularly something prone to war-horse-ishness as the Vivaldi. It was nice to see a conductor able to communicate his thoughts in a pleasant manner, non-dogmatic manner. He even got us to go along with a few of them.

The last BTS concert featured The Planets, this time The Four Seasons. There seems to be predilection for popular pieces that already have some sort of program – I wonder if we are going to end up with Carnival of the Animals and the Grand Canyon Suite someday. I’m working on L’Éléphant just in case…

This time around there were fewer examples (78, down from 90 for The Planets) but the first half of the concert still clocked in at about 70 minutes. I find these BTS shows exhausting, playing all of those tiny, out of context snippets, waiting for cues, starting and stopping add odd places in the music. A few of the examples cut off very awkwardly right before a cadence and it is very tempting to resolve a hanging dominant chord in embarrassing fashion. This performance was notable for an odd bit of stagecraft when one of the cameramen was given a curtain call along with the actors, conductor and soloist; the first time I’ve ever seen that happen.
Posted by Michael Hovnanian 4 comments: 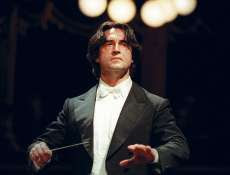 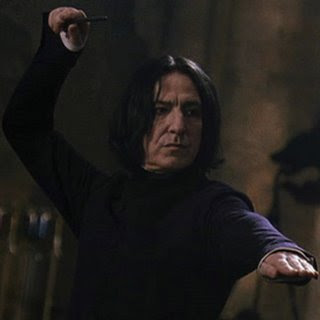 Saturday
travel to [the city where we live]

Yes, we are in New York again, I guess because each of our conductors gets a separate tour.

With two music director surrogates, the orchestra is comparable to the child with a pair of elderly doting uncles, each offering a clandestine trip to the corner ice-cream parlor. The child of course would say nothing, aiming a conspiratorial wink at the counter-man, surprised to see him back so soon. So the following will I am sure generate some displeasure, along the lines of the child getting a kick in the shins from a little nephew when, grabbing uncle Bernie’s sleeve, he tries to explain that uncle Pierre just treated them to ice-cream cones an hour ago.

As much as I like free trips here and there, sometimes I wonder why we do it. I’m also worrying more and more about carbon footprints lately. Even with the lavish expense accounts they surely demand, it might prove cheaper and more environmentally friendly to fly a handful of New York critics to come hear us at home. The notion Carnegie Hall ticket buyers are somehow more important to impress than our local audience may or may not be true, but it’s a little condescending. Instead of taking the dog and pony show on the road, maybe we could have offered our subscribers a third week of Haitink concerts.

The New York concerts seemed to be well received, so maybe it was worthwhile after all. Carnegie’s live acoustic created a few scary ensemble moments. In spite of its stellar reputation I’ve often had trouble hearing myself onstage there. A colleague sitting directly beside our section pronounced the basses ‘inaudible’ which, perhaps out of paranoia, I couldn’t help but think was uttered with a sense of relief.
Posted by Michael Hovnanian 3 comments:

At the Tuesday rehearsal Haitink made a few gracious remarks about the Muti appointment that were brief, understated and to the point – typical Haitink. Kudos to him as well for keeping the brain numbing aspects of the Shostakovich 4 as in check as can be hoped for. Nevertheless, we have to play the piece six times over the next two weeks, which is damaging enough.

Unlike the Mahler 1, which we played twice in less than a year, the Shostakovich 4 was last performed in January of ’06. I suppose that is long ago enough, but it still seems odd to repeat the same symphony so soon when there are more than a dozen others.

The run of concerts in ’06 included what has to be the most talked about Beyond the Score presentation to date. A pro Stalin (!) heckler who could not bear to hear the name of the “Great Architect of Communism” denigrated for another moment began shouting his objections to the proceedings before being escorted out by security. I keep wondering if that guy is going to be back this week.

Supposedly we played Haydn 101 in ’02 (with Slatkin). If so, he must have brought his own parts because ours still had marking from Solti in them. At any rate, I wish we would play Haydn symphonies more often whoever is conducting.

Intermission of the Friday performance included a diversion when police officers were spotted in the balcony clambering over seats, wreslting with and evertually handcuffing an unruly audience member before leading him away. For a moment I thought the Stalinist was back, but this was a different person with a different set of problems.
Posted by Michael Hovnanian 1 comment:

The “I hate Mahler 1” post generated quite a few comments and questions.

The Neruda Songs were sung by Kelley O’Connor, mezzo-soprano. Sorry, her name didn’t make it into the post.

Some hapless bassist probably concocted the description of the Mahler 1 solo as unplayable. Maybe the words ‘by me’ were dropped at some point. As his close relationship with Bottesini is well documented, Mahler obviously had an idea what the bass was capable of playing.

Even if Mahler 1 is a masterpiece, I can’t bring myself to enjoy it. It’s not Mahler (or Haitink’s) fault the piece is way over programmed. I’m a big fan of what Haitink does with Mahler, in particular the way he is able to keep vulgarity from creeping into passages where it has no business.

BTW, Haitink has always reminded me more of Nikita Khrushchev. 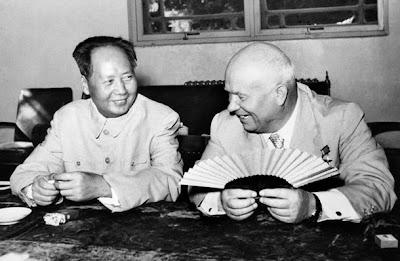 Muti, Man of the Moment

Yesterday’s news couldn’t have been better, as far as I’m concerned. But knowing how things go, the next milestone to look out for is the first time one of the detractors of our former music director refers to his tenure here as ‘the good old days’.
Posted by Michael Hovnanian 6 comments:

Now I am become death, the destroyer of worlds
-the Bhagavad-Gita

The lack of concerts in my schedule is no mistake. Even though it was not my turn, I volunteered to be on call this week to avoid the Mahler 1st Symphony. Over the years I’ve come to loathe the piece and so take advantage of every opportunity to get out of playing it. Unfortunately for me it is one of those things that comes up at least once a year. If I’m not mistaken, the orchestra played it at subscription concerts less than 12 months ago. What is the deal with that? I wonder if listeners get as tired of it as I do. Anyway, the frequency of programming makes for some tricky maneuvering in order to avoid it. Nevertheless, I think I’ve missed four out of the last five. This week came as something of a mixed blessing however. Since the Mahler will be played in New York in two weeks I had to attend ‘tour rehearsals’ so I am prepared step in should any colleague become unavailable. I’ve got to say, having to play four tour rehearsals for such a warhorse was ridiculous. So, in spite of my best efforts, I ended up playing through the piece three or four more times.

One interesting feature of this iteration of the Mahler is the conversion of the famous (or infamous) passage at the beginning of the third movement from one bass solo to all basses, tutti. According to Haitink, a bassist in the London Symphony (?) had some proof the passage was originally intended to be played by the group, but due to very poor results at the first performances Mahler cut his losses and figured he would be better off letting one guy go it alone. I’m curious to know if the bassist who brought this up to Haitink was a principal or section player.

The Mahler solo has always been something of an oddity in my mind anyway, a perfect time for the section player to clean off strings or apply an extra swipe of rosin. When played poorly, the solo is an obvious embarrassment. But even when played ‘well’ it often comes across as overly expressive, an odd little flourish by an attention starved prima ballerina, out of place at the outset of a solemn piece of music. It is a bit sad to think the standard of bass playing has taken more than a hundred years to match the composer’s original intention, but there it is.

Bach Week is always a pleasant gig, the perfect after dinner mint after a week of (at least rehearsing) Mahler 1.
Posted by Michael Hovnanian 9 comments:

In with the in crowd

There is an odd sort of game of tag going round. I had no idea I was ‘in’ with cutting edge types who play games on the internet, but I’ll play along.

Rules 3 and 4 need work. I’m assuming the 5th sentence that begins on page 123, keeping that to myself and posting the next 3, like it says.

Originally, I thought I had to choose between a road atlas and a phone book until I discovered the closest book had been carelessly dropped beneath my chair.


Introduction to the Sociology of Music, by Theodor Adorno.

Such a presentation would require the only wealth denied by the plentiful activity: time to waste.

The current objections to musical life are evoked by many of its aspects. They refer to a commercialization which regards the cause it plugs with such high-pressure salesmanship as mere pretext for naked material interests and power needs of the music tycoons.

Not all those people have blogs so I don’t know what they are supposed to do with this. I suppose they can stick a post-it note to a lamp post somewhere.